This product is no longer in stock

Notify me when available

Although the old K3 L450 was already a great LED grow light, Kind LED takes things even further with the new K3’s. Most of the improvements will be noticed by your plants in particular, as the enhancements mainly concern the light distribution and light quality.

But let’s start with the appearance. The most prominent difference in terms of appearance can be found at the bottom of the lights in the K3 XL-series. All three models show a rectangle in the centre that does not have LED-diodes. The lack of LEDs in that area relates to the need to keep the number of hotspots that a LED grow light projects onto the culture surface, as small as possible. In combination with the recalibrated secondary optical lenses, the lack of LED diodes in the centre ensures quite a balanced illumination of the culture surface, without any hotspots. In comparison with the old K3 series, the base plate of the new K3’s is a lot more sleek. 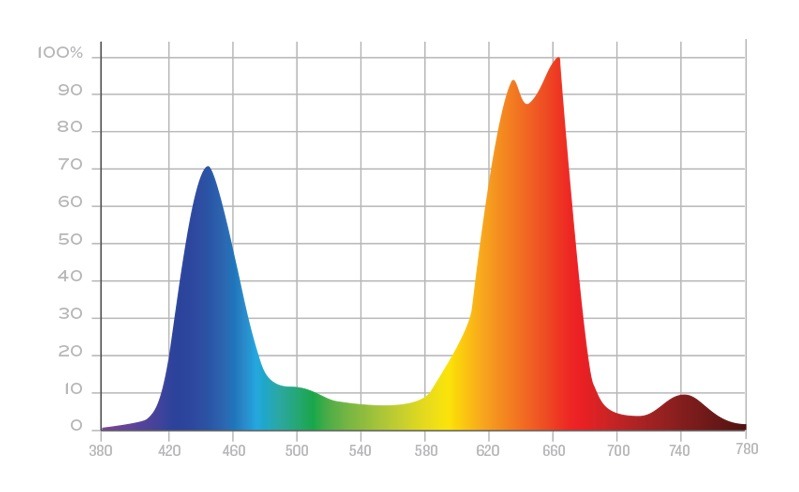 In addition to external changes, modifications have also taken place in other areas. The LED diodes used in the LED grow lights in K3 XL series, are the latest generation. The UV-diodes in particular have been improved as a result of which your plant will produce fruit that is more tasteful than before. Furthermore, the more sophisticated 12-band spectrum creates a significantly greater flower density and an accordingly abundant crop.

The new secondary optical lenses were briefly pointed out above. The refined calibration of these lenses has created a strongly enhanced radiation profile. In combination with the new allocation of the LED diodes in the base plate, a light penetration up to 200% among the foliage is made possible. Another consequence is a remarkably even light distribution.

The K3 XL-series was basically developed for the amateur and home grower. The technology and light quality, however, comply with all professional and commercial demands that a grower might have for a LED grow light. Not only in terms of light quality, but also regarding power consumption, life span and product quality.